It feels a shame to be Alive

It feels a shame to be Alive

27 minutes
It feels a shame to be Alive - is the second episode of the third season of Apple TV+'s Dickinson. It is the twenty-second episode of the series overall, and aired on the same day as Hope is the thing with feathers and The Soul has Bandaged moments in a three episode premiere respectively.

Frazar Stearns leaves to meet his fate on the battlefield just as the Dickinson family welcomes a new life.[1]

Frazar Stearns abandons his farewell party in favor of a drink with Emily, since he desires the company of someone who won’t repeat the same tired platitudes of the nobility of going to war. Instead, he finds the woman who predicted that this war would kill him.

He goes onto tell her that, “You’re the only one who’s brave enough to face the truth”. Frazar doesn't stop there as he tells her that “You don’t try and peddle some false hope. Hope can be empowering, but it can also be blinding, especially when it deludes us from our current reality”.

“What if hope is all we have,” Emily responds. To which Frazar says that, “sometimes the most hopeful thing we can do is to look directly at the darkness”.

Upstairs, her father recovers from a near-fatal heart attack, while her sister wrestles with the realization of her potentially self-imposed spinsterhood.

Downstairs, her sister-in-law is about to give birth to the child of a brother who would rather go off and galavant with another woman and get drunk instead of tending to his wife.

And for all his callousness, Austin does have a point, and at least Lavinia and Sue start to see one.

“Everyone I’ve ever loved is dead,” Lavinia cries, turning externally to her parents to account for her lack of a husband.

Similarly, Sue points out how both Dickinson sisters remain in their parent’s house.

Later, Emily tells her brother that he missed his baby's birth, but he assumes she is referring to his male anatomy. Before he goes in to see his baby, Emily tries to address last evening’s incident, but he refuses to apologize, avowing to never speak to his own father again. 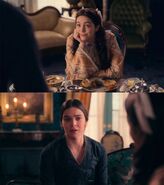 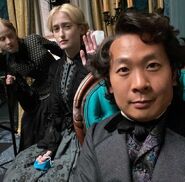 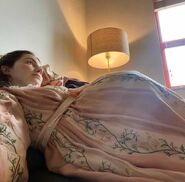 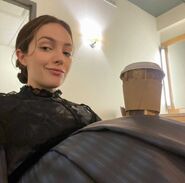 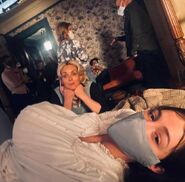 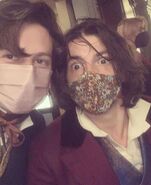 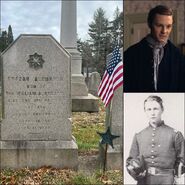