After a clash with Sue, Emily wishes she could escape from this troubled time altogether. Austin struggles with a man's responsibility in wartime.[1]

Emily receives a letter from Colonel Higginson telling her he wants to meet her. Whereas Vinnie informs Emily that Mrs. Dickinson refuses to leave her bed, and Maggie has the week off, so it’s Emily’s job to fetch the water.

Meanwhile, Sojourner Truth and Betty enjoy the afternoon sunshine. Sojourner encourages Betty to get back out into the dating scene. This coming after Freddie arrives with nothing from Henry. Sojourner plays matchmaker and persuades Betty and Freddie to go on a sunny stroll.

Later, Emily spots Sue waiting in a tree while Emily does chores. Sue wants to talk and mend fences, but Emily still doesn’t comprehend why Sue would envy Emily sharing her poetry with an objective third party.

Not long after, Sue reveals that Austin might receive his draft card soon, and Sue soon discloses her need for more than just pretty words from Emily. She asks Emily to kiss her, but the latter refuses, and the pair part ways for now.

Later, Emily comes to Vinnie’s aid after finding her crying in the pavilion. Vinnie laments not having a husband while Emily decries the war and wishes to skip ahead to the future, one wherein everyone coexists in harmony.

Suddenly, rain pours from the heavens, and lightning strikes the gazebo. It spins until it finally lands in the future.

The Dickinson sisters spot a car driving by them and notice their house looks different.

Back in the past, Edward finds Mrs. Dickinson sitting alone in her room and shows her the peculiar plant he found in Emily’s greenhouse. Which turns out to be Cannabis Sativa. She asks if they should smoke it together because you only live once afterall.

Meanwhile, in the future, Emily and Vinnie encounter none other than Sylvia Plath who informs them that Emily Dickinson’s house usually isn’t open at this time. In 1955, which is Sylvia’s present, women attend college, detest corsets and wear pants! Sylvia believes Emily and Vinnie dabble in method acting, hence the 1862 clothing. The trio then enters Emily’s now 100-year-old home.

Later, Henry (Chinaza Uche) gives Higginson the business — Confederate soldiers march toward their encampment, and the regiment still doesn’t have weapons. Higginson claims Henry’s crew must solidify the barricade and that he needs approval from Lincoln to grant them guns. But Henry asserts rightfully that that won’t suffice.

So, Higginson relays to Henry to intercept a fresh rifle delivery and circumvent authority altogether.

Next, Sylvia takes Vinnie and Emily to the latter’s bedroom, which looks vastly different from earlier. The city of Amherst took liberties when converting the Dickinson abode into a museum. Emily learns that, in 1955, her poetry lives beyond her room, and even Sylvia derives inspiration from her. Sylvia also addresses a book previously published revealing Emily’s love of women, which Emily tries to deny.

Meanwhile, Mrs. Dickinson and Edward enjoy the effects of cannabis, dancing around the room in a munchie-induced frenzy. However, she still feels depressed, but now she’s sad and famished. Edward and Mrs. Dickinson take a weed nap.

Elsewhere, Austin chats with a friend at the local pub. He laments receiving his draft card and his dashed hopes of spending more time with his son. But Austin’s friend provides a solution. How he can pay the bartender to take his place on the battlefield. Afterall, that’s what wealthy people are doing.

Outside of the pub, Freddie and Betty enjoy some ice cream. Freddie believes Betty needs someone to take care of her and Helen, but she’s fine on her own. Freddie informs Betty of Henry’s whereabouts and that he’s in Buford serving in the South Carolina volunteer regiment. While there’s no correspondence from Henry, Freddie hears the rumors.

On the frontline, Henry strategizing with the regiment regarding the rifle interception.

Back Armherst, Austin pays the bartender a pretty penny to replace him in the army.

In the future, Emily and Vinnie spot an airplane outside after leaving Sylvia, citing that the writer might be a bit too “intense” for their liking.

Vinnie then asks Emily to clarify what Sylvia said about her sisterloving only women, or, as Sylvia puts it, Emily, the original sapphic sad girl.

Finally, Emily divulges her feelings for Sue, revealing she’s always loved her. Vinnie appears unsurprised, saying that she already knew. Vinnie then urges Emily to hold fast to the love she shares with Sue. 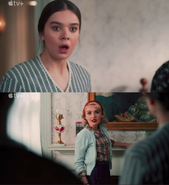 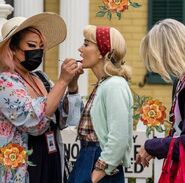 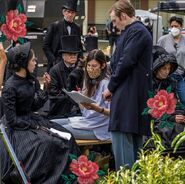 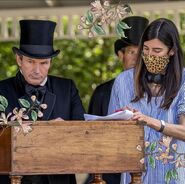 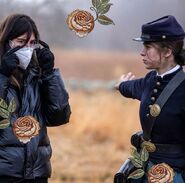 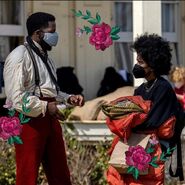 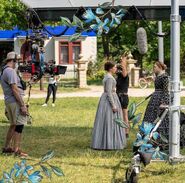 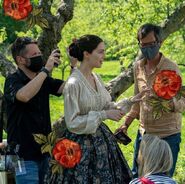 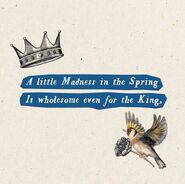 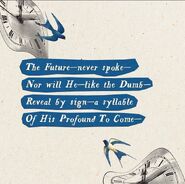 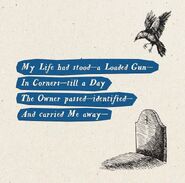