This is my letter to the World

This is my letter to the World

Emily tries to connect with the pain of war by writing to a Union Army colonel and visiting a war hospital. Henry takes a new job teaching soldiers.[1]

It takes another poet to convince Emily to stop thinking about things and just feel, so as to be in touch with her emotions. As a result, she imagines herself at a war hospital meeting Walt Whitman, as well as reuniting with Louisa May Alcott. In her hallucination, Walt seems to be obsessed with the grandeur of war more than saving lives. But it’s more than Emily can claim to be doing, so she takes his lead and follows him into the party.

In the glamorous function, they take shots and get in touch with Emily’s feelings. This, of course, ends with her shouting out her declaration of love for Sue. In turn, Emily goes off and dances.

Later, Edward learns of his brother’s plantation being ransacked, which in true centrist form he sees as a tragedy rather than a bold act of judgment, and from then on he and Emily Norcross are beset by itching. As it turns out that Lavinia brought fleas in from the barn, where she slept after trying to bury herself.

Elsewhere, Henry finally arrives at Higginson’s camp at the same time the latter receives Emily’s letter. (While Henry’s own wife still waits for a letter). Higginson is constantly apologizing for whatever word he says and vowing to “do better”. He eventually gets to the point, and reveals that he wants Henry to train a black regiment in literacy.

When Henry arrives, he experiences a bit culture shock. His Massachusetts upbringing does not jive with that of the formerly enslaved black people, and they balk at his mission. It turns out that what they need most are basic amenities like food, new clothes, and to finally be paid. 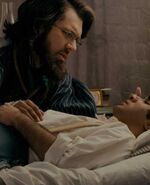 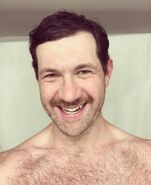 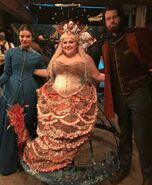 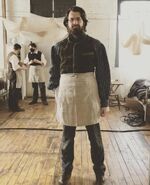 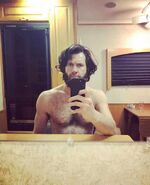 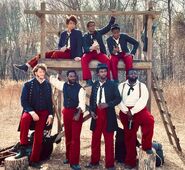